Time: 3 hours to the summit 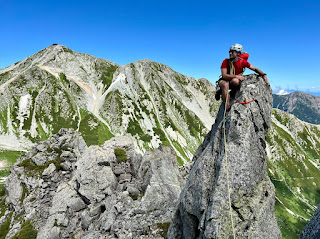 Ryuōdake, or the dragon king mountain, sits above the Murodō plateau opposite and just slightly southwest of the Tateyama massif. It’s a fairly minor peak, but with spectacular panoramic views of Tateyama and the North Alps. Combined with easy access on good hiking trails, this all makes it a popular choice for a day hike out of Murodō.

But its rather grandiose name begins to make more sense once you see its beautiful crenelated East ridge come into view from the Ichinokoshi pass below Tateyama. The ridge presents a thoroughly enjoyable outing on a mix of terrain, covering slabs and cracks in the lower half, and chimneys and airy scrambling across the upper pinnacles.

It's a perfect place to practise moving together roped up and placing running protection, stopping to set anchors and belay pitches where needed; all vital skills in the alpine climber’s toolbox. And all in one of the most picturesque settings imaginable. 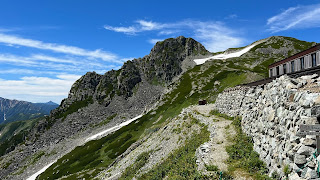 Access requires getting up to Murodō (室堂) on the large plateau below the summit of Tateyama (立山) in the North Alps.  If travelling from Tokyo on public transport there are a couple of ways you can do this, none of them easy, but the quickest and cheapest way is as follows. Take a Chuō Line limited express Super Azusa from Shinjuku station to Matsumoto (松本), then change onto the Ōito Line (大糸線) for a local train to Shinano-Ōmachi (信濃大町). From there you’ll need to take a bus to Ōgisawa (扇沢, 45mins, ¥1330). At Ōgisawa, queue up at the ticket office and buy a return ticket for the Tateyama Kurobe Alpine Route (立山黒部アルペンルート, timetables here). This convoluted but impressive series of stages will take you through a trolley bus up to the famous Kurobe Dam (黒部ダム), followed by a funicular railway, a ropeway and then a final trolley bus through Mt Tateyama to Murodō.

From Murodō head out of the top station and follow the gently rising trail to the southeast in the direction of the Ichinokoshi pass (一の越峠), reached in around an hour’s map time.

Ryuōdake and its East ridge are clearly visible from the pass. To get to the start of the climbing, continue down the trail on the other side of the pass for about 10 minutes, then cut across on your right to reach the foot of the ridge. 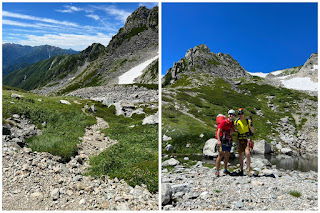 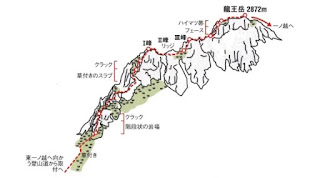 At first the ridge is just a hike, but pretty soon you’ll reach the first rocks. In the lower half of the ridge, it is possible to avoid any climbing altogether if you wish to, by following the path of least resistance up a sort of thin trail on the right side of the ridge. But that’s not really what you’re here for, so my advice is to get involved as soon as you can.

The first piece of climbing possible is a short but steep crack up a boulder, then continuing up slabs and cracks above. 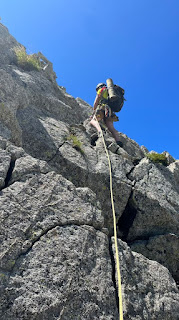 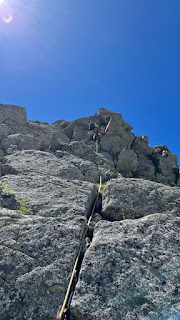 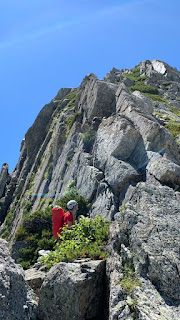 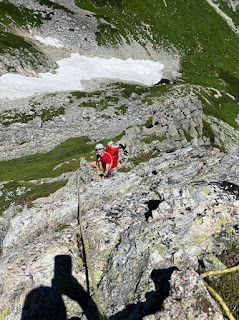 The higher you go, the more choices you can make around your precise route, and there is plenty of scope for more interesting climbing, including several steep and demanding sections. There is some in-situ gear, but protection is generally cams and slings around rock horns.

Eventually you’ll reach the upper section, the traverse of the pinnacles of the dragon’s back. Keep following the obvious route, mostly simul-climbing punctuated with several pitches. 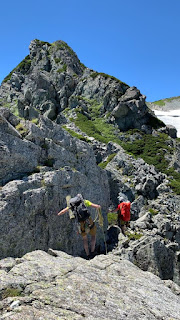 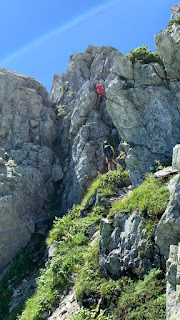 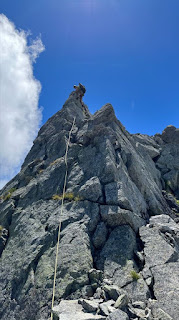 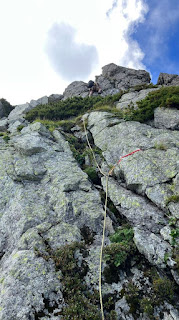 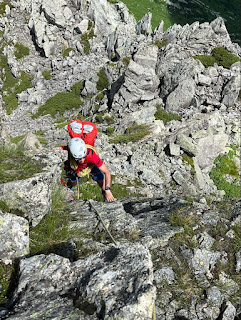 After about 3 hours of delightful climbing, a final scramble leads directly to the rocky 2872m summit. The views up here are second to none. 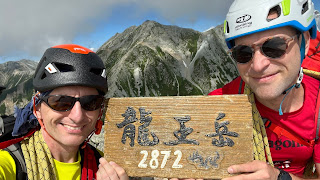 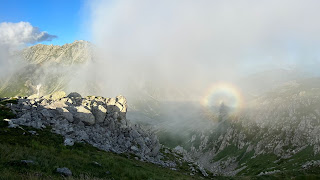 There are several ways off the mountain and back down to Murodō. After an initial 10-minute scramble down off the summit pyramid, either take the trail to the northeast for 20 minutes directly back down to the pass (cold beer available at the hut), and then reverse the trail you walked up in the morning. Or take the trail to the northwest over 2831m Mt Jōdo (浄土山) and then down the other side to reach Murodō in around 45 minutes.

A fun and engaging outing on good rock, in an area of outstanding natural beauty. This route could also be a great place to introduce novice climbers to some of the techniques of alpine climbing. Bring a 50m rope and a basic trad rack with plenty of slings and alpine quickdraws.

DON'T FORGET to pick up your copies of the first two books from Climb Japan on Amazon, complete with topos, route descriptions, photos and more of some of the best alpine routes in Japan! 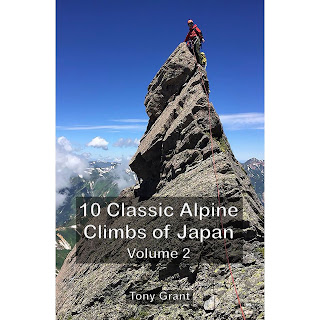 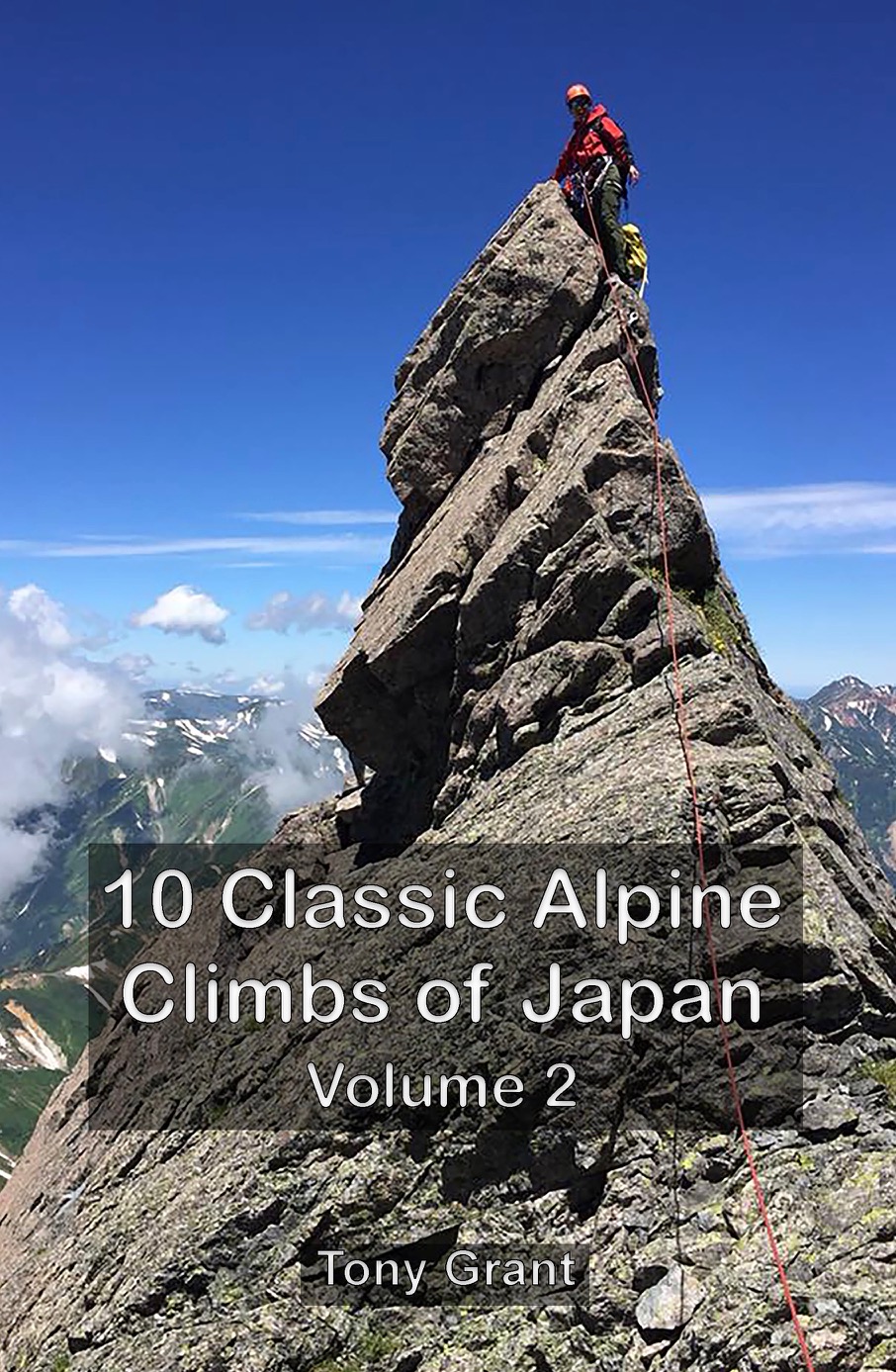 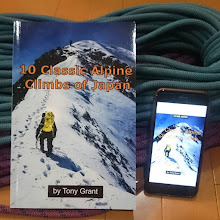